Outside of St Luke’s School in New Canaan, the mood was somber Friday as students and parents gathered to mourn the loss of 10th grader Teddy Balkind.

The Connecticut high school hockey player who died this week after his neck was slit open by a skate during a tragic incident on the ice has been identified.

Teddy Balkind, a 10th grader at the St. Luke’s School in New Canaan, was fatally injured Thursday night during a private-school matchup.

Teddy Balkind after his painful death had parents and students gathered at the school premises to mourn his loss. He was a year 10 student of St Luke. 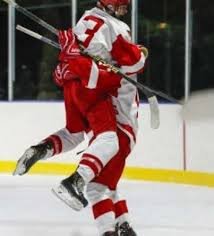 During the game, Balkind fell to the ice. As he lay on the ground, another player who was near him was unable to stop in time, and the two collided, officials said.

Teddy Balkind’s death is really trending on social media as a lot of people are teaming up to intensify the call to have athletes banned from schools.

Teddy Balkind died after colliding with another player during a game. Teddy Balkind was playing a game at Brunswick School Lower and Middle school campus in Greenwich on 6 January 2022, when he met his untimely death.

The game was a private match during which Teddy Balkind fell on the ice and then another player who couldn’t halt his movement collided with him.

Teddy Balkind was then accidentally cut by the skates and he started bleeding profusely. The Health officials who arrived at the scene rushed him to Greenwich Hospital but he died a few hours upon arrival.

St. Luke has issued a statement on the death of Teddy Balkind. Part of their message read: